Villas and Gites in Champagne-Ardenne

Champagne-Ardenne can be found in north-east France, sharing its northernmost border with Belgium. The region experiences a mild climate, with warm, dry summers and cold, crisp winters. Most rain occurs between November and March, although thunderstorms are frequent during the summer. Ardennes and Haute-Marne are the wettest places, suffering nearly twice the average annual rainfall of the rest of the region. The wind is usually gentle, but becomes more vigorous during the winter. 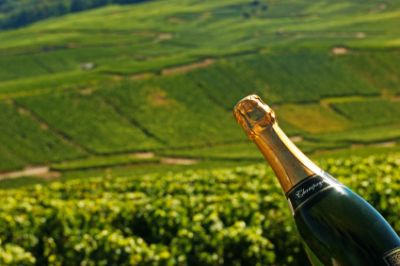 A villa in Champagne is favoured by many tourists, while others won’t entertain anything other than a gite holiday. Either option will provide you with a sound base, as both the Champagne gites and villas are well appointed, and are recommended for those who like to be their own boss.

A good place to begin is the Champagne Route. Meander through the diverse villages, vineyards and Champagne houses, where you can learn more about the famous beverage and, no doubt, sample one or two glasses along the way. Actually, there are two main routes. The first stretches from Rheims to Villenauxe-la-Grande, via Epernay on the River Marne, and the second runs around Troyes and the valleys of the River Seine and River Aube. If you don’t want to spend the time it takes to go on the routes, many of the Champagne houses conduct tours, tastings and demonstrations, although it’s best to confirm what’s on offer in advance and make a booking.

Throughout the region, you’ll come across stunning countryside in the form of rolling landscapes, deep gorges, thickly-wooded forests and big rivers. Arduinna en Celte is a dense forest with thousands of paths that take you to a myriad of untamed, natural delights, while the Orient Forest Nature Park, not far from Troyes, contains some beautiful lakes as well as interesting flora and fauna.

For city visitors, Reims, with its cathedral, is a must. It was in Notre-Dame de Reims that the kings of France used to be crowned. The city has been very important in French history, a fact demonstrated by its architecture and monuments. On Saturday mornings, a food-cum-flea market is held in the Place de Republique, but get there early to make the most of it as it starts at 7 o’clock. Whether you’re buying or just looking, you’ll enjoy the atmosphere created by the hustle and bustle of the crowds as they jostle up against the stallholders peddling their wares.

The food is both rich and excellent, being based in and around traditional northern French cooking, which in turn makes full use of locally produced ingredients. Champagne Joute is a good example, and is a variation of the well known Pot-au-Feu. Made from the best local vegetables, including carrots, turnips, potatoes and cabbage, Joute differs from its more famous relation in that it also incorporates smoked ham, bacon, sausages and chicken or cockerel, or both! To finish your meal, you can’t go wrong with Brie de Meaux, a creamy cheese, rated as one of the finest Bries that money can buy. Biscuits Roses de Rheims are another culinary delight not to be missed. Pink in colour, light and crunchy in texture, they were originally eaten as an accompaniment to a drink of Champagne, being dunked in the glass, and although this tradition still persists, they are now enjoyed by themselves, with a cup of tea, or as a vital ingredient in the mouth-watering French Charlotte cake. Turning to drinks, there’s only one contender, and that is, of course, Champagne. Often imitated, but never bettered, you can be sure that in its heartland, you’ll be able to try many different labels and varieties